The dramatic outcome of the universal and traditional johnny on the pony: Amputation on the distal femur

It is known that fractures-dislocations, vascular-nerve injuries and serious soft tissue injuries occur in the extremities during high-energy sports games. In this case is presented, a 22-year-old male patient who applied to Istanbul Forensic Medicine Institute for forensic report. During “Johnny on the pony” game after a crackling sound, pain and swelling developed in the left knee, and he was taken to the traditional bone setter instead of the hospital, and there manipulative procedures such as holding and pulling his leg were made. He was taken to the hospital after his pain increased. In the examinations, a left tibial plateau fracture was detected and no flow was observed in the distal of the popliteal artery. Thereupon, fasciotomy and femoral-popliteal embolectomy operations were performed, medical treatment was arranged, but since no cure could be achieved, amputation on the distal femoral was performed. Therefore, all kinds of medical interventions for the human body should be performed by physicians. 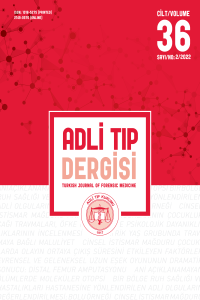